← more from
Safe Trip
Get fresh music recommendations delivered to your inbox every Friday. 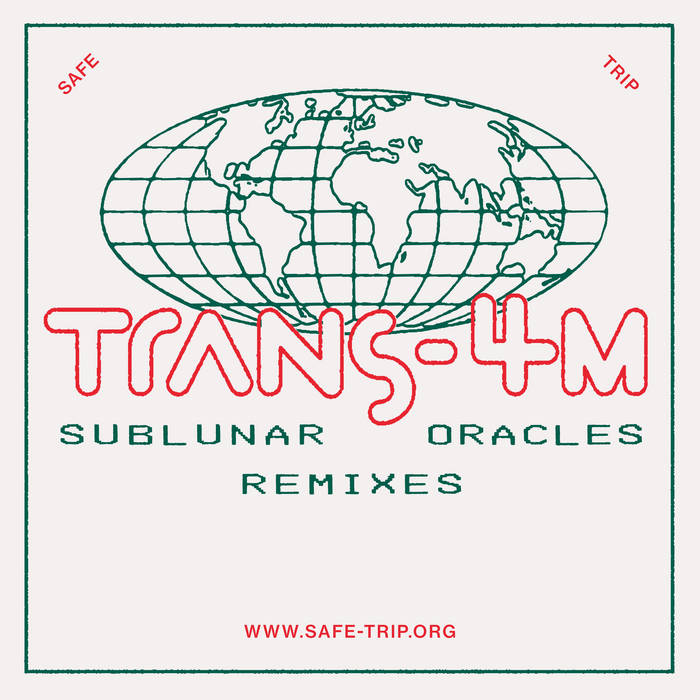 Back in 2019, Safe Trip delivered a much-needed reissue of Trans-4m’s previously overlooked 1992 debut album, Sublunar Oracles, an ambient house and ambient techno masterpiece from Belgian brothers Stefan and Dimitri Van Elsen. Now the label has dived into their archives again to present an expanded edition of their sought-after 12” single Dencity, complete with a previously unheard cut.

While the original album version of ‘Dencity’ was a meandering journey through spacey ambient house full of ultra-dreamy ambient textures twinkling melodies and languid deep house grooves, the alternative takes originally featured on the 1992 12” were far more club-focused and dancefloor-ready.

Over on side B there’s a chance to check an alternative version of the Sublunar Oracles album version, as well as previously unreleased track ‘Butterflies’. Recorded during the same period as the album at the Van Elsen brothers’ home studio in Antwerp, it’s a starry, slowly unfurling ambient delight in which waves of attractive, undulating synthesizer sounds, yearning chords and deep space electronics dance away atop a shuffling, soft-touch drum machine beat. While it may have been shelved way back in 1992, it’s every bit as immersive and tactile as anything on Sublunar Oracles.

Bandcamp Daily  your guide to the world of Bandcamp