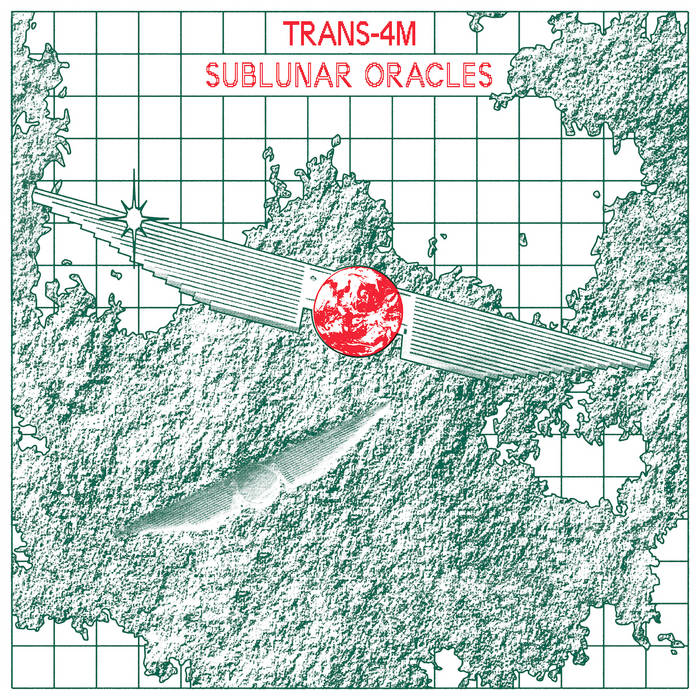 The history of underground electronic music is littered with inspired releases that, for one reason or other, slipped through the cracks. It would be fair to say that Trans-4M’s 1992 debut album, Sublunar Oracles, is one such release.

The full-length originally appeared on Belgian dance music megalith Buzz, an imprint whose output tended towards the more commercial end of the dance music market. Initially, Sublunar Oracles failed to make much impact and was championed only by a small group chill-out DJs; these days, it’s rightly considered a lost classic and one of the most overlooked albums of the ambient house era.

It’s certainly an inspired set with a story to tell. It was the product of the blossoming studio relationship between brothers Stefan and Dimitri Van Elsen. The former, the elder of the two, had been making a living as a club DJ on the Belgian scene since the early 1980s, taking up electronic music production following years spent playing experimental and industrial fare on local pirate station Radio Centraal. Dimitri, meanwhile, spent his days studying jazz piano and his evenings working on tracks.

The chance to release a collection of their bedroom productions came via a friend who worked for Buzz. The Van Elsen brothers grasped the opportunity, sequencing and tweaking a set of evocative, otherworldly tracks that had initially been written and produced over the best part of four years.

Despite Stefan’s status as a working club DJ, Sublunar Oracles largely looked towards the vibrant chill-out and ambient house scenes for inspiration, combining their own manipulated synthesizer sounds, dreamy jazz chord progressions and gentle beats with a smorgasbord of spoken word samples and home-made field recordings.

The Antwerp-based brothers designed the set as a concept album of sorts, with a clear narrative thread running through the album’s eight intoxicating and ethereal tracks. However, they never made this concept public, and it’s down to a new generation of listeners to piece together the story themselves.

26 years on from its initial release, the Van Elsens’ lost classic is getting a new lease of life via a Safe Trip reissue that stretches the original’s eight inspired tracks over two heavyweight slabs of wax. Beginning with the breakbeat-driven bliss of “Arrival”, the album bobs and weaves its way through deep ambient house, sublime horizontal soundscapes, saxophone-laden electronic mysticism, dusty downtempo grooves and glassy-eyed positivity.

Bandcamp Daily  your guide to the world of Bandcamp